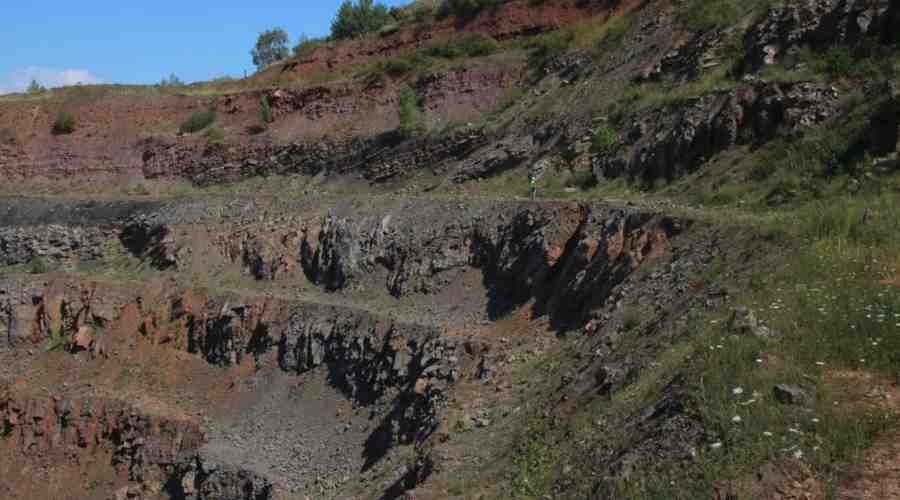 The world’s oldest coral reefs, known as “coral reefs”, have been discovered in the Świętokrzyskie region. medium depths

The world’s oldest coral reefs, known as the “Devonian reefs”. average depths, i.e., located between 30 and 150 meters, identified by scientists in the Świętokrzyskie Mountains. They date from about 390 million years ago and are older than previously known by 150 million years.

Coral reefs are some of the most complex ecosystemsow, commonly known for shallow and warm morz. They are built primarily by corals that remain in symbiosis with monocomorkowe algae.

– For a dozen years or so, the study of mid-depth reefs of the so-called “medium depths” has been developing very intensively in the world. Mesophotic reefs located at depths ranging from 30 to 150 metersow. (. ) The oldest reefs of this type known to date dated back to the Triassic era, some 240 million years ago, and were located in the state of Nevada in the United States, the Institute of Fundamental Geology at the University of Warsaw reported.

Zespoł researchers from the University of Warsaw, the University of Silesia and the Adam Mickiewicz University, however, have identified in GoSwietokrzyskie rach much older mesophotic reefs. They are dated to the Middle Devonian and date from about 390 million years ago.

– Devonian coral reefs in the Gor Świętokrzyskie have been known since the end of the 19th century,” Dr. Mikolaj Zapalski of Warsaw University told PAP. However, as he pointed out, it was long believed that they occurred on much shallower. – We found that there were flat corals characteristic of environments of greater depths. We also showed that the average depths (marine – przyp. PAP) were colonized by reefs much earlier than thought,” he explained.

Rich assemblages of flat and deciduous coralsow scientists have identified on dwoch sites: in Skały near Nowa Słupia and the Laskowa quarry near Kostomłotow. In addition to corals, these reefs were inhabited by lilyfish, sponges and brachiopods – two-shelled organisms somewhat similar to bivalves. Scientists also reconstructed leafy corals, somewhat resembling the shape of headsowka lettuce.

– The reef at the Rocks may have been a bit shallower, its water clarity was also lower. It wasn’t completely dark there, but the light may have been several percent. From time to time in the water appeared trilobites – marine arthropods with large eyes. In the past, their eyes were interpreted as an adaptation to a predatory lifestyle. We, on the other hand, think it may be an adaptation to reduced light,” Dr. Zapalski explained to PAP.

– The reef in Laskowa, he described, looked slightly different. There was more light in it and it was probably a bit deeper. At the Laskov quarry site, scientists have already found deep-sea organisms, indicating that it was a complexoł "open sea", and in the water’s depths could feed some of the oldest sharksow.

As specialists from the UW explain, coral reefs are built primarily by corals that remain in symbiosis with monocomorkowe algae. – Algae cause corals to build a skeleton much faster. Preliminary research by French scientistsow showed that corals without algaeow symbiotic corals grow 2-3 mm per year, while those with algae grow as much as 20-40 mm per year. This translates into rapid growth of the reef. Without symbiosis with algae, therefore, the formation of the reef would have been for coraloin very difficult,” Zapalski explained to PAP.

The presence of flat coralsoat 390 millionow years ago indicates that the symbiosis of coralsow with algae is very old. Devonian mesophotic corals, like wspolczesne, in turn, captured sparse light rays on the principle of „solar panels”. They had to be flat in order to thusob to catch light, whichorego to the sea depths already reaches very few.

The discovery was made by scientists in the summer of 2016. – This was somewhat coincidental. I am headownie a geologist, but while attending a conference in Hawaii, I listened to a number of speeches on mid-depth reefs. Listening to these lecturesow recalled that such traces from timeoin the Devonian saw in Gorach Swietokrzyskie. I developed corals from this reef in my PhD a few years ago. Almost immediately after returning from Hawaiiow so I went to the site and found that it looked almost the same as wspolczes mesophotic reefs,” explained Dr. Zapalski.

The findings appeared in the journal Coral Reefs, published by the International Society for Reef Research and Springer. The research was funded by a grant from the National Science Center. In the work – oprocz dr. Zapalsky – was attended by: prof. Stanislaw Skompski of the University of Warsaw, Dr. Tomasz Wrzołek of the University of Silesia and Dr. hab. Błażej Berkowski from the University of im. Adam Mickiewicz University in Poznan.