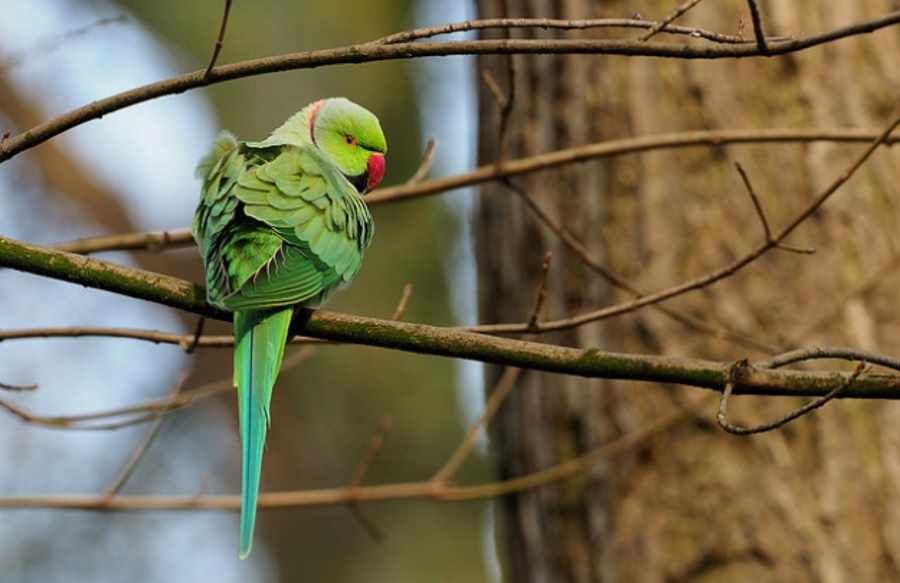 The fact that the invasion of parrots in Poland is only a matter of time was reported by ornithologists several years ago. And it happened. A pair of ring-tailed alexandrette with two chicks has been confirmed in Nysa, reports Birding Poland.

Researchers from the Institute of Zoology of the University of Poznan reported as early as 2014 that alexandrettes will colonize Poland. All because of climate warming. Parrots are favored by increasingly milder and krotsze winters. They also have food in abundance here, and the enemyoIn natural no more than other species.

These parrots along with their young were spotted in Nysa. Although they have been seen before and not only in this city, the observation of ornithologistow confirms that this species has established itself in our country.

Photos of the exotic parrot family appeared on Facebook fanpage’u Birding Poland, ktory is led by photographeroin Tomasz Tańczuk and Michał Zawadzki. „This is the first case of a nesting parrot in our country. The species forms stable populations in many Western European countries, and the birds are native to the individualoin escaped from captivity” – wrote in a commentary on the photos.

Alexandrette collar parrots are native to Africa and India. These sizable, colorful birds have begun to be imported to Europe ca. 40 years ago. They have gained popularity because they are intelligent, easily tamed and willing to learn to imitate the sound of rosoundow. It is estimated that in the years 1996-2002 to the country’so137,000 of them were imported in the EU., from ktor, some of which escaped the growers.

These parrots living in the wild can be found in many cities throughout Europe. In the UK alone, their population is estimated at about 20,000 individualsow. But alexandrettes have settled roAlso in Belgium, Greece, the Netherlands, Germany or Slovenia. For some time also in Poland.

Alexandrettes adapt very well to new environments. They are omnivorous. They have quickly discovered what feeders are for, displacing rich and mantis birds. They also tolerate frosts well. These parrots mostly live in hollows, but when old trees and hollows are missing, they scramble for holes in the insulation of buildingsow.

In Africa and India, where parrots are native, they are considered one of the biggest pestsow. Destroy sowings and sunflower plantationsow or datelcow. This has been experienced by grape growers in the English county of Surrey, where the birds have caused losses valued at around 5,000. poundow.

Alexandrettes can roalso be carriers of m.in. bacteria that cause ornithosis, an acute infectious disease of the respiratory system, and a protozoanow causing cryptosporidiosis – a disease of the digestive system. They also transmit the virus that causes Newcastle disease in poultry. Its attack means the loss of the entire culture.

Species invasionsow are difficult to reverseocenia problem. They compete with native species often winning due to their larger size and strength. In addition to alexandretta, a similar problem affects even theoThe red-footed lion originally from America, but now competing with ours in theosludge.