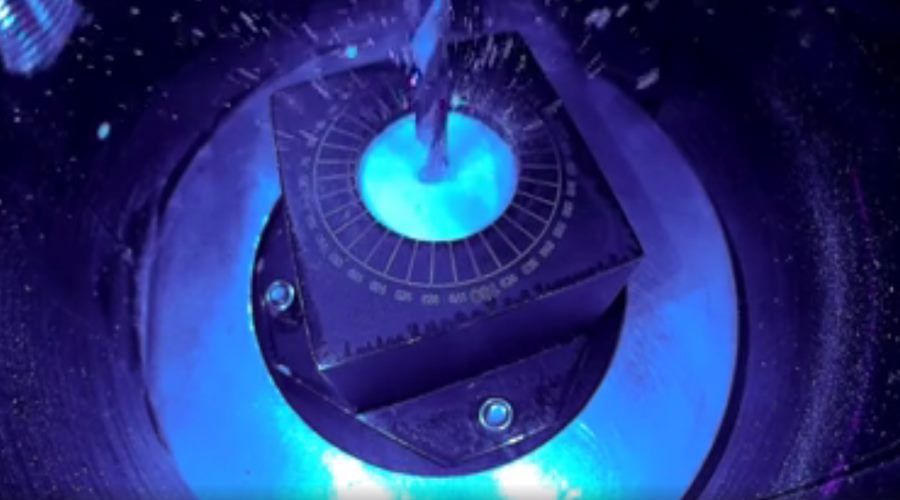 “Space drill” can obtain excavated material on asteroids, its creators from the Wroclaw-based Scanway company have assessed. Now they want to deliver to Earth 1 kg of raw material from an asteroid. They give themselves until 2040. They are to be helped in this by cooperation with two other companies.

On March 15, a Rexus rocket took off from the Esrange Space Center spaceport in Kiruna, Sweden, aboard whichowhich the device constructed by the Wroclawians was located. It has risen to a height of 86 kilometersow. After reaching its highest point, the drill turned on and began drilling into the gypsum block.

The designers of the drill and authors of the experiment are graduates of the Wroclaw University of Technology, tworcy of Scanway start-up, operating in the Wrocław Technology Park.

Preliminary results of the experiment proved, it will be possible to extract raw materialsoin from asteroids, m.in. Rare metals, but roalso and water, whichora can be used to produce fuel,” project manager Dorota Budzyn stressed at a press conference in Wroclaw on Thursday.

– It is in space that these minerals, rare metals, ktore in future years may be easier to obtain from there than to extract on Earth. Our project confirmed that such extraction of raw materialsoin from space is possible,” said Budzyń.

As reported by Scanway CEO Jedrzej Kowalewski, his company has decided to join forces with two other companies involved in m.In. space design and construction of roversoin Mars to create a coolny Delta-V project. – Its goal is to bring one kilogram of raw material from the asteroid to Earth by 2040 – said.

He explained that the Delta-V project coohe Wrocław-based companies Space is More and Kell Ideas are forming the project, and one of its first tasks will be to prepare Poland’s first experimental flightow rockets into space.

– We are also working on the first Breslau satellite, whichorego we have named ScanSatOne. However, the most important project is a space drilling apparatus with a system for capturing excavated material, added Michal Podgorski with Scanway. As he stressed, the primary goal is to „creating Polish space technology from scratch”.

During an experiment in space in March, the Breslau researchers wanted to study the drilling process in microgravity and pressure conditions in space. They wanted to find out how the particles would behave then; in ktohe way they will fly; at what angle and at what speed. It was the first such proba in the world. Below the krotkie footage of drilling in space.

– We have good information, as the fines arrange themselves into a certain shape during drilling. This provides an opportunity to design a special apparatus, whichowhich will soon make it possible to extract ore drilled under microgravity conditions on asteroids, Kowalewski said on Thursday.

He pointed out that the biggest surprise was the fact that the drill in space very quickly doused itself with experimental spoils, which did not happen during the test of theow on Earth.