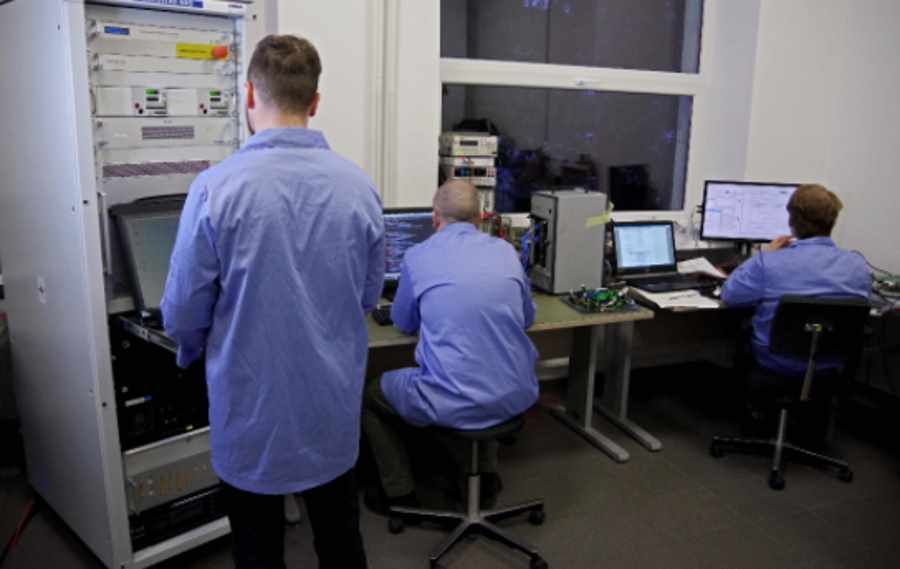 A Polish company – Astri Polska has announced the delivery of an electronic ground support device for Europe’s new-generation Eurostar Neo telecommunications satellites. Ultimately, the company will provide 4 devices for this program. The total value of the contract is approx. 5 million PLN.

The device supplied by Astri Polska will allow testing of the subassembliesoin electronic satellitesoIn Eurostar Neo before the launch. For this program, Astri Poland will provide two types of equipment: Simulation Front End and Simulated Electrical Flight Model, two of each type. The first device for this program (Simulation Front End) was delivered by Astri Poland in March 2017. The device delivered in February this year. This is the first Simulated Electrical Flight Model. It will be used to simulate the interfaceoin electronic satellite platform, in particularoliability of the on-board computer and power management system.

– The ground validation segment is a key component of any space program, from which theorego largely depends on the success of the mission,” said Jacek Mandas, CEO of Astri Polska. – We are pleased that our equipment will be an important contribution of the Polish space industry to the realization of the mainoEuropean programoin satellite – he stressed.

Design and supply of satellite test equipmentow is one of the key areasoin the business of Astri Polska. OproThe company has been working on test equipment for major European programs for the last few yearsoof Europe’s major satellite missions such as MetOp-SG, JUICE and Sentinel-5. Astri Poland also specializes in receiver testingoin satellite navigation (GNSS) intended for space applications.

Eurostar Neo is a program to build a next-generation platform for satellitesoin telecommunications, implemented under the „NeoSat” Under the aegis of the European Space Agency and the French Space Research Center (CNES). The new platform is expected to be 30 percent. cheaper to maintain than current designs, and offer much greater payload carrying capability. HeadoThe main contractor for the project is Airbus Defence and Space. The launch of the first satellite is scheduled for 2019.

Astri Polska is the first Polish company operating in the field of space and satellite technology, whichorej 100% of revenue comes from the space industry. Thanks to its involvement in numerous projects for the European Space Agency and the European Commission, Astri Poland is a leader in the Polish space technology market. The company specializes in providing solutions for electronics, optomechatronics and satellite applications and services. At present, Astri Poland employs approx. 80 osob, the mainownie Polish engineersow.