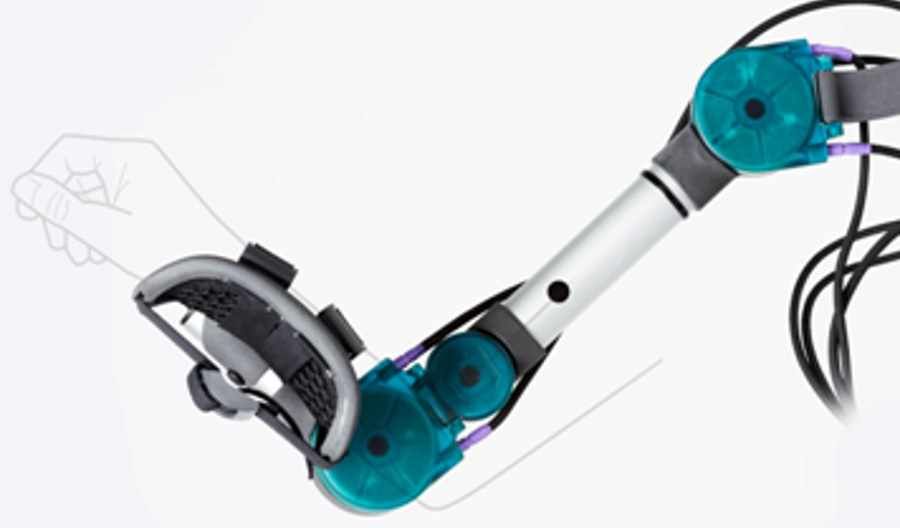 New hope for children with SMA

Polish designer Bartlomiej Gaczorek and desktop 3D printer manufacturer Sinterit have worked together to create a device that allows children suffering from SMA to move their hands, draw and play with. With the help of a Lisa printer, operating with SLS technology, an exoskeleton arm has been prepared to give disabled – almost completely immobile children a chance for an easier life.

The exoskeleton’s arm, which is the result of coohe cooperation of the designer and the Polish company Sinterit, is a device thatore will allow children with SMA (Spinal Muscular Atrophy – Spinal muscular atrophy, a rare, inherited neuromuscular disease, ktora attacks the nerves responsible for muscle action.) do what they would not be able to do without the support of an external device – Move their arms independently.

The idea behind the partners was to create an inexpensive and easy-to-use movable exoskeleton arm, usable right out of the box. The idea of building such a device came directly from the parentoIn sick children, whichoers could not find the right solution in Poland or abroad. From the very beginning, Bartlomiej Gaczorek of Crystal Cave Sp has been working on the model. with o.o., ktory designed the first prototypes and continues to constantly improve the form of the exoskeleton.

The designer began work on the arm after a call from the mother of a boy suffering from SMA. 3-year-old Krzyś had previously tested other exoskeleton designs, but they proved imperfect and did not meet the needs of a sick child. Gaczorek consulted the shape of the prototype with Krzysio’s parents at every stage of the design process, and dwojics of other sick children, as well as with doctors and physiotherapists. It turned out that SLS printing works best for this project – not only in the preparation of test versions of the equipment, but also at the stage of production of the actual, unique and „tailor-made” exoskeleton parts.

– I have decided to produce a postolne elements of the exoskeleton arm in SLS technology due to the integrated structure of this type of printingoin, high precision, freedom of form and simultaneous lightness and high material strength. A very important factor for me was the comfort of using the equipment, whichory in this case is far superior to prints made by FDM printers. Moreover, the production costs of the elementoin SLS technology using the Sinterit Lisa printer, are much lower than when using industrial printers available on the market – that’s why I chose this equipment – explains Bartłomiej Gaczorek.

The success of the project – Providing sick children with a device that provides them with the greatest possible comfort depended on the right decisions regarding the choice of tools to work on the model. Special Autodesk Fusion 360 software made it possible to analyze the movement system in detailow and optimize the shapes of the exoskeleton parts before they were printed from durable and – which is very important – non-toxic materialow.

The use of 3D printing technology in the sphere of increasing the possibility of movement is no longer a pipe dream. The solution allows the creation of ready-made moving partsow, so that the final form of the model consists of few parts. The recently introduced additions to the Sinterit Lisa printers (a screen, allowing recovery of previously used powder, and a system that simplifies the design and prepress process) make printing even simpler and more efficient than before. The most important issue, however, remains the high quality of the printedow – Elements produced using SLS technology are durable and lightweight.

Sinterit – Polish company, which is the first manufacturer of dexterous printers using the SLS method at work. The company’s mission is to produce professional and cost-effective equipment for making printedoin 3D. The start-up was founded in 2014 by former employees of theoat Google and provides high-precision, desktop printers designed for customersoworldwide. Brand products, wyrotion with an attractive price, are highly trusted by customersoin the world. In its three years on the market, the Sinterit Lisa printer has printed many rohe design ofow, and the work on the exoskeleton is just one example of theoD. student in the possibility of applying this technology.