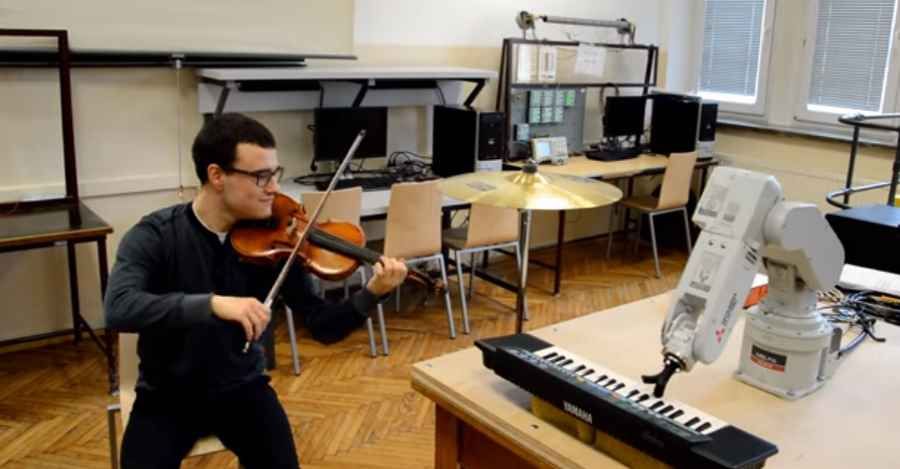 Any piece of music can be played independently on the piano by the robot Staszek, programmed by Wojciech Switala, a student at the AGH University of Science and Technology in Krakow. Such unusual engineering work Świtała will present during his diploma defense.

– Instead of a typical thesis, I decided to program a Mitsubishi RV-2F-D industrial robot, whichorego was purchased by the university. The robot has great potential, it can play selected musical pieces – A student of automation and robotics told PAP.

The idea to create an unusual work is the result of the student’s interests. Wojciech graduated from the second level of music school and decided to combine his two passions – music and robotics. In his opinion, the humanities and sciences complement each other, and art, music draws a lot from mathematics.

The Staszek robot is connected to a computer, on which theoThe test is run with a program specially written by Swiatla to operate it. The student by clicking the mouse on eacholne keys, can play an instrument with the help of the robot. Staszek can also remember the melody played and then save it to a file, whichory will be reproduced by the machine at any time. The program allows the robot to play with two fingers, hit a drum cymbal and present a bow. Final modeloThe playing machine was printed in 3D technology.

Staszek the pianist has also attracted the interest of foreign media. An article about the student and his talented robot can be seen on the website of one of the UK’s largest classical music radio stations, Classic FM.

The date for the thesis defense is still being determined, but Switala announced that the robot will remain at the university and will continue to serve a purposeow scientific.